At a minimum, the catholic Church recognizes at least 10 unique appearances to others of Christ after his resurrection til the moment of his ascension into heaven.  On the Internet, you will see
claims of only 6, some as high as 14.  However, Saint Augustine in his book De Consensu Evangelistarum (Harmony of the Gospels from about AD 400) catalogues ten appearances of Christ that were specific in the Gospels.

But Saint Aquinas notes, “But, as John admits, not all things were written down. And He visited them frequently before He went up to heaven,” in order to comfort them. Hence it is written (1 Corinthians 15:6-7) that “He was seen by more than five hundred brethren at once . . . after that He was seen by James”; of which apparitions no mention is made in the Gospels. 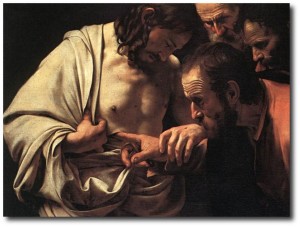 Blessed are they who believe without seeing.