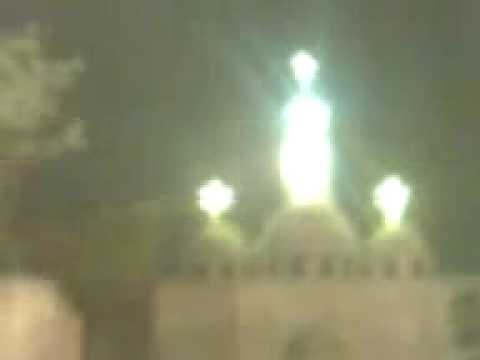 “In that day, Egypt provided peace for a fleeing Mary, Joseph and Jesus. Today… Mary returns to Egypt to provide Peace and Hope to her Egyptian children and the whole Middle East”

The Apparition of Mary at ZEITOUN, EGYPT

THE POSITION OF THE CHURCH – APPROVED

The Official Statement from the Papal Residence in Cairo
on the Apparition of Saint Mary in the Zeitoun Virgin Mary Coptic Orthodox Church in Cairo, Egypt.

Since the evening of Tuesday April 2, 1968 (the 24th of Bramhat, 1684 A.M.), the apparitions of the Holy Virgin Saint Mary, Mother of Light, have continued in the Coptic Orthodox Church named after Her in Zeitoun, Cairo. 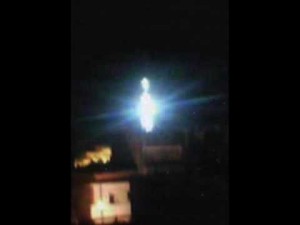 he apparitions occurred on many different nights and are continuing in different forms. The Holy Virgin Saint Mary appeared sometimes in full form and sometimes in a bust, surrounded with a halo of shining light. She was seen at times on the openings of the domes on the roof of the church, and at other times outside the domes, moving and walking on the roof of the church and over the domes. When She knelt in reverence in front of the cross, the cross shone with bright light. Waving Her blessed hands and nodding Her holy head, She lessed the people who gathered to observe the miracle. She appeared sometimes in the form of a body like a very bright cloud, and sometimes as a figure of light preceded with heavenly bodies shaped like doves moving at high speeds. The apparitions continued for long periods, up to 2 hours and 15 minutes as in the dawn of Tuesday Apr 30, 1968 (the 22nd of Barmouda, 1684 AM), when She appeared continuously from 2:45 am till 5am.

Thousands of people from different denominations and religions, Egyptians and foreign visitors, clergy and scientists, from different classes and professions, all observed the apparitions. The description of each apparition as of the time, location and configuration was identically witnessed by all people, which makes this apparition unique and sublime.

Two important aspects accompanied these apparitions: The first is an incredible revival of the faith in God, the other world and the saints, leading to repentance and conversion of many who strayed away from the faith. The second are the numerous miracles of healing which were verified by many physicians to be miraculous in nature.

The Papal Residence has thoroughly investigated the apparitions and gathered information by way of committees of clergy who have also witnessed the apparitions by themselves and recorded everything in reports presented to His Holiness Pope Kyrillos VI.

By issuing this statement, the Papal Residence declares, with full faith and great joy and humility of a thankful heart, that the Holy Virgin Mary, Mother of Light, appeared in clear forms on many different nights, for periods of variable length, lasting on occasions more than 2 continuous hours, starting on the eve of Tuesday April 2, 1968 (the 24th of Bramhat, 1684 A.M.) and up till now (the date of the report) in the Coptic Orthodox Church named after Her in Zeitoun, Cairo. It is historically proven that the location of this church in Tumanbay street, in Zeitoun quarter, on the way to El-Matarya, Cairo, is on the path taken by the Holy Family when visiting Egypt.
May God make this miracle a symbol of peace for the world, and a blessing for our nation as it has been prophesized: “Blessed be Egypt My people.”

Background:
For more than a year, starting on the eve of Tuesday, April 2, 1968, the Blessed Holy Virgin Saint Mary, Mother of God, appeared in different forms over the domes of the Coptic Orthodox Church named after Her at Zeitoun, Cairo, Egypt. The late Rev. Father Constantine Moussa was the church priest at the time of these apparitions. The apparitions lasted from only a few minutes up to several ours and were sometimes accompanied by luminous heavenly bodies shaped like doves and moving at high speeds. The apparitions were seen by millions of Egyptians and foreigners. Among the witnesses were Orthodox, Catholics, Protestants, Moslems, Jews and non-religious people from all walks of life. The sick were cured and blind persons received their sight, but most importantly large numbers of unbelievers were converted…

The apparitions were also approved by the local Catholic Patriarch, Cardinal Stephanos I (Stephen I), who stated that the apparitions of our Lady at Zeitoun were beyond any doubt and were seen by many of his trustworthy Coptic Catholic children. Father Dr. Henry Ayrout, the rector of the Catholic Collège de la Sainte Famille (Jesuit order) in Cairo also declared his acceptance of the miraculous apparitions of Virgin Mary, saying that whether Catholic or Orthodox, we are all Her children and She loves us all equally and Her apparitions at the Zeitoun Coptic Orthodox Church confirmed this notion. Rev. Dr. Ibrahim Said, head of all Protestant Evangelical Ministries in Egypt at the time of the apparitions, affirmed that the apparitions were true. Catholic nuns from the Sacré-Coeur order also witnessed the apparitions and sent a detailed report to the Vatican. On the evening of Sunday, April 28, 1968, an envoy from the Vatican arrived, saw the apparitions and sent a report to His Holiness Pope Paul VI of Rome.

The Visits Continue even today…
These continuing appearances have an interesting link: They have all occurred on holy ground: traditional places where the Holy Family stopped along their flight from Herod. At each of these sites, they were welcomed or turned away, and idols fell, the desert bloomed, miracles occurred. Their first stop in Egypt was at Zeitoun and their last, Assuit. As they turned back to retrace their Nile journey, Joseph received his dream to return to Nazareth–at Gabal Dranka.

So, it would seem, Mary has been retracing all the steps of the journey when Her Son first came to His people. Sometimes, along with doves and angels, meteors and strange lights, She has been seen in the company of Her beloved Joseph, Her Sacred Child, and even a lowly little burro. She began at the beginning and is now at the end of the Flight into Egypt where the little Family returned home.

The Coptic Catholic Church, which has built churches or monateries on each of these holy sites, has approved as authentic all these separate visitations of Our Lady. A fact hard to deny as more and more the clergy themselves have seen Mary and participated in the conversions and miracles.

THE HOLY FAMILY’S JOURNEY TO EGYPT

On the 1st June (24th Bashans) the Church celebrates the anniversary of the Holy Family’s coming to Egypt. It is known that the Holy Family arrived at El Ferma at the north eastern border of Egypt (now the place is named Port Fouad). Then the Holy Family moved on to Tal Basta (the city of Zagazig is located there now)–and arrived there on 24th Bashans. Thus God has blessed our land and all the old Egyptian idols fell to pieces to realize the Book’s statement that: “In that day, shall there be an altar to the Lord in the midst of the land of Egypt, and a pillar at the border thereof to the Lord” (Isaiah 19:19).

The Virgin sat in the shade of a big tree. Joseph touched the ground with a rod of iron, and fresh water sprang out of the spot. It is said that a man named Kalloum wondered at what he saw. He invited the Holy Family to his house where he used to pray to an idol. That idol fell and was broken into pieces. So, the priests demanded the death of Jesus.

The Holy Family went over to Belbeis and then to Menyat Genah (near the present town of Sammanoud). There, Christ caused a spring of water to appear. A church was built there. It was called Beekha Isous, i.e. Christ’s heel; now it is known as the Monastery of El Maghtas.

The Holy Family then went over to El Natroun Valley. So, God blessed the place and filled it with monasteries and peopled them with monks. There, it is said, the Holy Family was met by two thieves. The first was deeply affected by the light and holiness emanating from the baby Christ’s face. So he persuaded his companion to restore what they had plundered. The Virgin prayed that he might be granted the blessing of repentance. It is the same thief, on Christ’s right, that had been touched by Grace, so he cried out on the throne, “Lord, remember me when thou comest into thy kingdom.”

The Holy Family then moved on to Ein Shams and El Matterya. Joseph had a stick. Christ planted it. A spring of water came out, and it grew into a tree. El Matterya tree still lives up to the present day, over 2000 years.

The Holy Family passed by the site occupied now by the Church of Abou Serga in Ancient Cairo.

Then the Holy Family moved on to Upper Egypt (near Samalout) passing through El Ashmouneen, and Mount Kiskam and Meir and Mount Drinka (in Assyout). El Moharik Monastery there has an ancient church on the site of the cave in which the Holy Family staye