Throughout the years, Religious leaders, from all faiths, have often hijacked the message of God for their own selfish, political and monetary gains. All too often, religion has been invoked in order to unite individuals against perceived political enemies of the state and nations. When human power is threatened… and riches are to be lost… Many Political and Religious clerics, often incite average, trusting men and women to do their dirty work… and kill others… “In the Name of God!”

All to Often, In the name of God, too many ungodly things are done…

Jesus Christ, who is recognized as the Messiah by Christians, Muslims and sects of the Jewish Faith, told us exactly what God wanted.  He wanted us to Love one Another.  There is no greater love than to lay down your own life for another to live.  A simple rule… Love…. the Golden Rule!

So when some leader asks you to do the opposite of the Golden Rule… You must ask yourself… If I do this.. Or I do that…. Why?  Who really benefits?

You must think with your own minds… listening to your own heart… and although this world and many of the individuals will make you extremely mad… and the debauchery and irreverence makes you angry… you must find peace in the knowledge that all things came from God… and all things will return to God.  God alone will judge them.  Counter the evil by doing the opposite of evil.

Remember, God made everything and everyone…. so If you are prepared to destroy and take the life of an innocent person… to intentionally destroy something which the Almighty made himself… You better be prepared to meet your creator knowing that you destroyed what he himself loved so much.

There is a simple truth… Justice alone is reserved for the Lord! 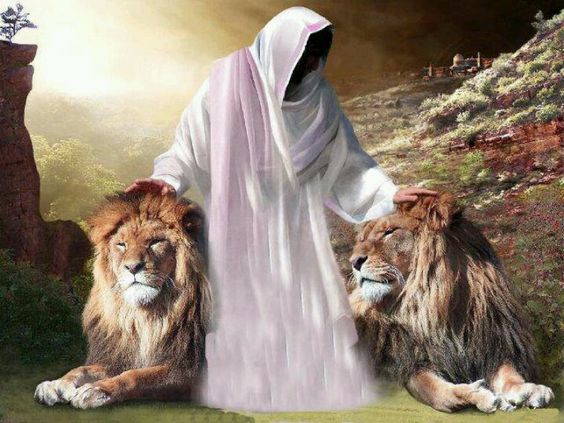 We have more in common with each other than you might know.  Of course we were all created by God… he knows each of us by name… and has known so… since before he created the world.

Did you also know that Mohammed believed in the God of Abraham? That he believed the old testament, the Torah, was sacred scripture. And he recognized Jesus Christ as the Messiah.

From the Quran… “(And remember) when the angels said: O Mary! Lo! Allah giveth thee glad tidings of a word from him, whose name is the Messiah, Jesus, son of Mary, illustrious in the world and the Hereafter, and one of those brought near (unto Allah). S. 3:45 Pickthall

You have to ask yourself… Why after Mohammed’s death, did some of his followers and religious clerics add books and interpretations that directly contradicted what Mohammed himself taught and believed? Was it motivated by conquest? By Greed? By Political Power? Were they trying to establish obedience to a government system…. and did so “in the name of God”?  Are some of those motivations still in play today as certain clerics call for jihad in God’s name?  These books, written after Mohammed died, have led to the greatest civil war of all time… Muslim against Muslim.  Sunni vs Shia.  All over a dispute of succession to Muhammad as a caliph of a government institution.  Over one thousand years of bloodshed.. millions of innocent lives lost… all in the name of God.  With each side claiming God’s will.  God weeps.

Doesn’t God love all of his creation?

Yet in an ironic twist, Mohammed himself found comfort in Christ.  Stating that Jesus would return as the Messiah once again, at the end of days, to aid Muslims! So you must ask yourself, towards the end of Mohammed’s Life… did he finally understand Christ’s divinity? Did he finally understand that the Great God Almighty can do anything he wants… including becoming a man… while still being the God in Heaven… in order to teach us directly what he wanted us to learn.  Was he finally able to reconcile Christ’s claim as the Son of God? For no mere man could die… and then come back 2,000 years later to save a people. Only the Divine could do this! Only God could do this!

And finally, any Cleric who promotes killing the Followers of Christ…. should be tossed to the gutters… as a false teacher.  For how can anyone who states they are of God… promote the killing of the followers… of the very Messiah who will come and rescue them at the End of Days?  Can you imagine what Jesus would say on his return… “Hey Why Did You Kill those who Believe in Me?  Knowing that the very Quran says I am the Messiah and will come back at the End of Days to save you!”   – You sure would look pretty foolish before him, wouldn’t you agree?

So now the time has come to end the great bloody division in the Muslim World.  To stop the war between Sunni and Shia, Muslim vs Christian, Islam vs Jew, Brother against Brother… and rediscover the true Messiah… Jesus Christ!

For in the Beginning was the Word…. and the Word was made Flesh… and he came into the World not to condemn it… but to Save it… and show everyone how to obtain Eternal Life.    And it’s as simple as – Love One Another!  Love all races, all religions, everyone…. for when you truly love somebody… you glimpse the face of God!

Peace to You All