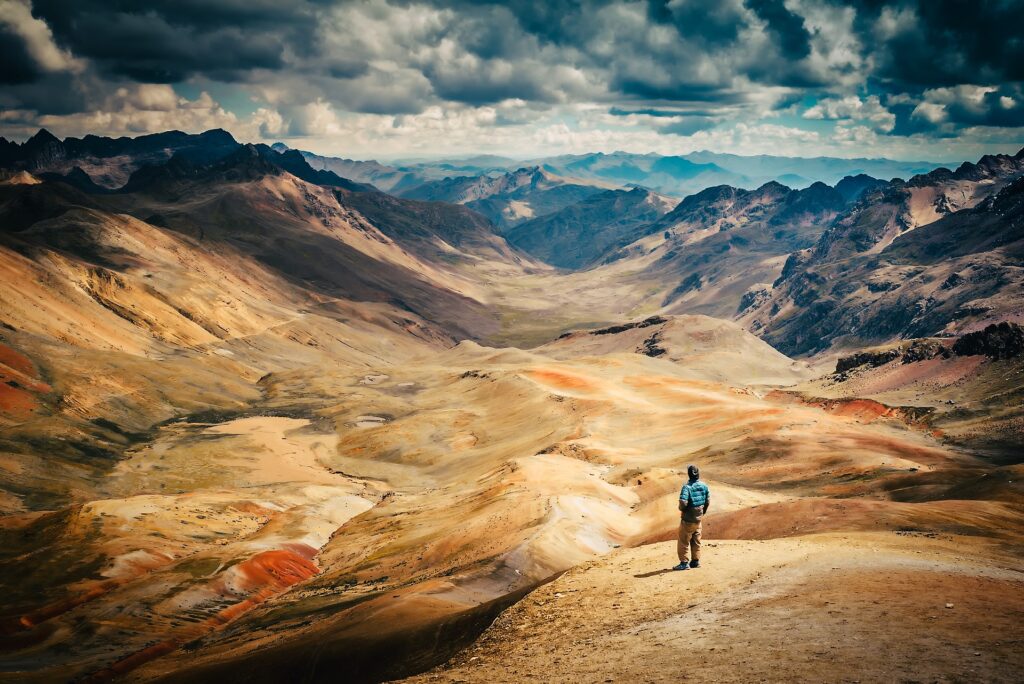 I want to share a story with you. I do hope this helps many of you.

There was once a man who did not believe in God. When asked why he did not believe, he would simply say, “If I cannot see it… feel it…. or hear it… it simply does not exist. It’s not real”

One day, that same man went on a safari trip to Africa and soon afterwards got lost. His survival gear was a “Smart Phone” and a “Compass” He was totally unprepared. Now, prior to departing for the Safari, he remembered seeing a small tribal village on a map… north of the point where he got lost. So, using only his compass he headed north.

Soon enough, after a couple of days of walking, he finally came across that small tribal village that he had seen on the map.

When he arrived, he requested help from the people of the village.

The Tribal Elder asked the Man how he came upon the village? The Man pulled out his compass and said he used this device to find North. He then walked a path, always keeping the compass pointed North. The Tribal Elder, intrigued, asked the man, how did the compass know where north was. So the man talked about how the Earths Inner Core of Iron creates an Invisible Magnetic Field that creates a North and South magnetic polarity. This compass is able to see this invisible field and always point him north.

The Elder stated that he has never seen this magnetism… and never saw a compass…. but believed it must be true, since the “Lost Man” was now standing in front of him. They both chuckled.

Then, the Man asked the Elder if there was a place, where he could get signal for his phone, so he could call for help and be rescued. The Elder had no idea what a signal was… and he certainly had never seen a phone before.

The Man then went on to explain that there were invisible radio waves that surrounded them. This phone device could discern these invisible waves. Once discerned, they could be used to instantly send and receive information… including voice conversations with someone else on the other side of the world. The Man then talked about modems, the Internet, Radio and TV. All using invisible waves and frequencies.

The Elder was once again amazed. He said he had never seen these waves… he had never seen a phone before… but he would very much like to see this man’s phone work. He wanted to personally hear a voice from the other side of the world. He wanted to hear music and see images of a land far away. He agreed to help the lost man find these invisible waves so he could experience the same joys that the lost man had described.

So, they set out into the desert, to find these signals… but after a day of searching, there was no signal to be found.

The Lost Man was distraught. The Elder, now having his own doubts, asked the man if these invisible signals were indeed real. Were they a figment of his imagination, a mirage? The lost man assured him they were indeed real… but he could not find them because there was no infrastructure or towers built to make his phone work. He cried out that he would never be rescued.

The Elder then said he and the entire village would call upon God to help. They would go to the top of the hill and in the silence of the night, would pray to God to help him.

“That’s Absurd” the Lost Man cried out. “God does not exist! I cannot see him… I cannot hear him…. I cannot touch him… He is not real!”

The Tribal Elder paused for a moment, confused, and said,

“You are the one who stated that all around us are radio waves… invisible to all of the senses that a man has. Yet without a radio to listen to those invisible, silent waves… you cannot hear the music. There is no doubt that the Music exists… but without the radio… There is nothing… but silence.

You also declared, that without a modem, you cannot connect to your internet… or use your smart phone… to read, to view all the information and share in the knowledge that is available. You have no doubt that the Internet exists… but without the Modem… there is nothing… but silence.”

“And you insisted that your phone would work… if only the towers had been built. But once again, without the proper equipment, your phone will not work… and there is nothing… but silence.”

“So I ask you…. Why Is it any different with God?”

The Lost man answered, “If God does exist, why has he done nothing for me? He has never performed any miracles… never given me any sign or proof he exists. I haven’t even won $10 dollars on a lottery ticket!”

The elder paused… then said, “You expect the creator of the entire universe, of all things… including time itself, to think and act like you? You want him to be your drinking buddy, a magical genie in a bottle that you can call upon at your own convenience, in order to make life easier and more prosperous for yourself?”

“Is not the very fact that you exist… proof enough?”

“If you have not invested the time, the energy, and the resources into building the equipment to hear him… You will never hear him… never see him… and never enjoy what he has intended for you. You will only hear silence.”

The Elder continued, “The very spirit of God surrounds you constantly. And just like radio waves, magnetism, and the different spectrums of light that touch and pass through your body everyday… so does he.”

“But God, unlike all other invisible things, provides you actual proof of his existence by providing you the eyes to see the magnificence of his creation and works every day. He has given you ears… to hear the sounds of life he has surrounded you with. You can touch, feel, smell all of his works. And he has given you a soul… so that you can experience the joy of love, the bitter taste of hate… and to experience a little bit of heaven… here on earth.”

“If you call upon God…. and only hear silence, it’s because you have allowed your senses to be distracted with other sights, sounds and invisible waves. You need to reset your own internal modem with God. You need to clear your connection of the other noises and interference that now fill your life.”

There was a pause.

The elder than said, “It’s sort of like using your Compass to try to make a phone call. You can try it, you won’t be successful, but your failure to make the call using a compass does not make the invisible magnetic or radio waves less real. Does it?”

“So it is with God… God does not exist to you because you are not using the right piece of equipment to find him.”

“God is like Love. If you have ever loved someone… even though you can not see it.. can not touch it… it exists. And you learn to recognize it… to experience the joys of Love… and the ability to Love… from having been loved. And when someone you love dies and you become separated from them, the incredible hurt and sorrow you experience… is painful proof.. that your love was real.

The Lost Man reflected upon what the Elder said. Then, with all sincerity, asked the Elder… “How do I find God? What equipment do I use?”

The Elder took the lost man’s hand…. and as the sun set that peaceful evening… the entire village went up the hill to pray.

That’s the night…. that a man once lost in the desert…. learnt how to pray… and was saved. 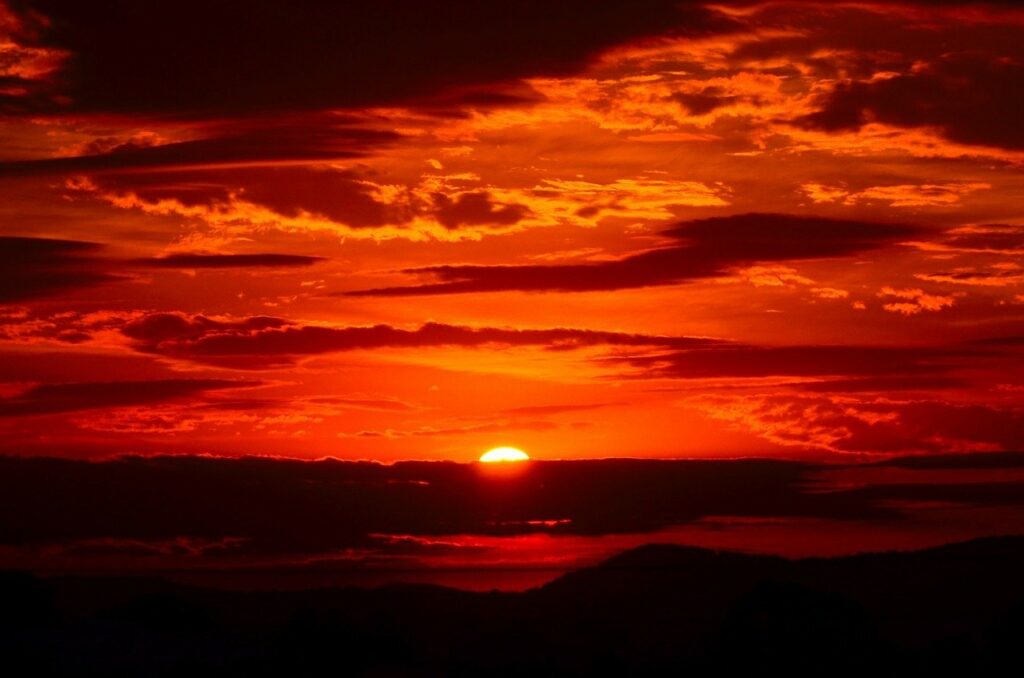