Proving the Existence of God… Part 1

Understand that many people today are wandering this earth… a little lost. Many come from broken families, broken religions or non-religions and have broken lives. Too many people were never taught the basics about God… and the power and mercy of God… who we call “Father”. Many of these same people are searching for something they know is missing from their lives… they just don’t know exactly what they are searching for. Your goal here is not to win an argument… but rather to awaken the dormant spirit of God… the Breathe of God himself… in that very individual you are talking with. So be patient… be kind… be understanding. And remember, the best way to spread the word of God is thru actions…. only using words when necessary.

The other day, I observed an argument taking place between a Christian Man… and a very well schooled, very smart professional. It went something like this,

“You state that Jesus was both a man and god, it doesn’t address how this is possible. That is, it doesn’t answer the question. How can someone be fully a man and fully not a man? “
The only answers I’ve gotten so far from you are ‘because I say so’ and ‘because this guy says so’, neither of which is compelling… We’re back to your claim that Jesus was, somehow, both fully human and fully not-human, which is the equivalent of a two-dimensional shape that’s both fully a circle and fully a square, or a vehicle that’s both fully a car and fully an 18-wheeler.”

The young Christian man kept repeating that Jesus was fully Man… and fully God. “Because he was Fully God… he can do anything and be anything he wants.”

Now for those who operate on faith… using that answer in proving God exists… is sufficient. But in a world where truth is often distorted and simple faith hard to find, we must answer this question in a fashion that others, with weak or little faith, can understand… and more importantly.. accept.

The first step in the process of answering this question… You both must agree that God exists.

Ask the person this question “Who or What created the Universe?”  If they say they don’t know… at least they are being honest.  If they come up with some weird bizarre claim that is just fantasy or a evil gimmick to try and turn a serious conversation into an argument and rouse your emotions… do not argue.  Simply walk away or change the subject of the conversation.  But if they are genuine and sincere in having a real discussion with you, continue.

“If I can prove to you right now that the Universe was not “Always there and Always will be and was indeed created by God”  Would you change your belief… and at the end of our conversation believe in God?” Wait for their answer. If No… then don’t answer them. They are wasting your time. If yes… then continue.

Before we go on always remember this… there is a saying which states… “If I tell you something it is not necessarily true… but if you tell yourself the same thing… it becomes true.”
Please remember, people must not be preached at… people need to be led with truth and facts… understand them… and then they will arrive at the same conclusions and answers with you. 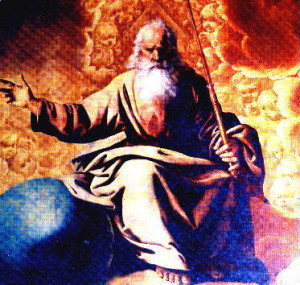 Our Almighty Father and Creator

This entity… is God… God Our Father

What exactly God is at this point in the discussion… we cannot simply comprehend. Only that he exists.

And wouldn’t you agree… that using this same science and logic… the assumption that the only entity capable of suspending these same scientific laws of gravity, motion and the entire universe… would be that same entity who created them… the entity known as “God.”?

At this point you don’t want to get into Why God created things, is God an Active or Passive Participant in the lives of Men.  You simply need them to acknowledge that God exists.  By achieving that, you begin to awaken their soul and force them to eventually admit that there is more out there.. then they can see with their eyes.  And that because God exists… they exist… and must serve a purpose in his plans…

Now for the fun part – Part II -We will tackle proving that Jesus Christ is God. (To be continued in next couple of days)

Be the first to comment on "Proving God Exists"