Where is this Madness Coming From?

The origin of the battle we are fighting today… In Defense of the Cross… was born out of the ancient turmoil of Angels. From the moment the Great God Almighty decided to incarnate himself as a man… those fallen angels of light, who despised the creation of man and were cast out of heaven… have been wandering the earth aimlessly… seeking the destruction of mankind and each soul which is beloved by God. 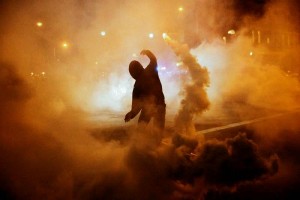 ISIS, Riots, Abortion, Murder, Genocide, Persecutions… all brought forth from the darkness and madness which seems to have overtaken the World. There is indeed an evil, a maleficent force at work… which continues to influence and consume our lands, our families and the nations of the world.  Satan and his fallen angels have been quite busy influencing… tempting men… to do foolish things.  (Remember, the only power that Satan and the other fallen angels have… is the power that God allowed them to have… which is the power to influence… to tempt. Why Does Evil Exist Article)

Ignorant men equate Satan with being a God. He is not a God… far from it. He is a creation of God which has no power over an individual unless that individual allows him to enter their lives. Think of him like this… “the Devil is like a weak mouse in winter, caught helpless outside the warm, loving house (Temple/Soul) of a person. The mouse only has an impact on the homeowner if the homeowner opens his doors or windows… and leaves them unguarded. If left unguarded and open, the mouse will quickly run inside, feed its hunger, spread disease, cause mischief and even gnaw on wires… eventually taking the house down in flames. So the homeowner must do all he can to make sure his house is free of vermin. Sometimes, the infestation is so large that a professional needs to be called in to make the house clean.”

I give this analogy in order to set the stage for why the madness… Why the Darkness has crept upon our land. 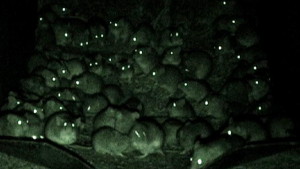 You see… the windows on our “House of Mankind” were left open by all of us throughout the ages. Man has allowed the vermin to run loose and unchecked. They have now infested all aspects of our lives, our families and our governments. Their droppings are everywhere; the smell of their infestation permeates the air… Death, Destruction, Negativity, Mistrust, No Trust, Greed, Envy, Promiscuousness, Hatred, Anger, War… Violence… Broken Homes.  The very foundations of our house have been gnawed on to the point the house itself is no longer able to stand. Marriage, Life, Liberty, Dignity… all on the verge of annihilation. Simple truths… now… no longer tolerated.

There is a word which can describe what is happening… When there is a “tearing apart”… “an upheaval “ of the house…. That is the definition of “Diabolical.”

Archbishop Sheen stated that the word “diabolical” comes from two Greek words “dia” and “ballein”, meaning “to tear or throw apart.” He goes on to say,

“But, even still, it is clear that the devil wants to divide us, within our very own psyche and among each other. Surely he rejoices at every division he causes. He “casts things between us” (dia+ballein)! Diabolical indeed. And thus, we see our families divided, the Church divided, our culture and Country divided. We are now divided at almost every level: racial, religious, political, economic. We divide over age, race, region, blue and red states, liturgy, music, language, and endless minutia.

Our families are broken, our marriages are broken. Divorce is rampant and commitments of any sort are rejected and deemed impossible. The Church is broken and divided into factions, so too the State, all the way down to the level of school boards. Though once we agreed on essentials, now even appeals to shared truth are called intolerant.”

How prophetic these words were…spoken almost 50 years ago.

The war against the Cross is a spiritual war which is manifesting itself in the physical bloodshed of men.

At the root of this War… we are not battling our own brothers and sisters… but rather the remnants of a lost legion of rebellious angels, long cast from paradise, now wandering the earth for the ruin of men’s souls. It is their final vindictive, defiant acts against the great God Almighty himself. Their torture… knowing that paradise is forever lost to them… and not knowing… the time of their eventual, eternal destruction. So to end their miserable despair, they falsely think that by bringing about the destruction of mankind… by influencing mankind to destroy itself and each other, they will hasten their own end and bring a final end to their own torture. (That is why they ask Jesus, “Have you come here to torment us before the time?” (Mt 8:29).)

There is but one way to end these “Diabolical Times”

We Defend the Cross by Praying at the Foot of the Cross! 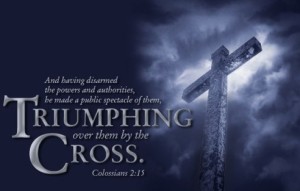 For on that Cross, lies the body of a wounded God, a persecuted man… who loved us so much, he sacrificed his human life for us… to show us how to conquer Death and overcome Evil… by doing it himself.. as one of us.

And as hard as it may be, we must forgive those who hurt us. We must avoid those people who are filled with darkness and hate. We must strive to see the dignity of each person and treat each other as we would want to be treated ourselves. And we make sure our House “The Temple of Our Soul” is never left unguarded for the mice to enter.